One of biggest swedish progressive rock newcommer is definitely band Introitus, band who is with his freshness and one of a kind approach brought manny changes in progressive music. One of rare bands who succeeded in erasing boundaries between past, present and future. For Vision Rock Metal here is Mats Bender, keyboard player and Anna Bender, vocal of the band.

1. Tell me, how was your musical journey before Introitus and how did you come up with the idea to form a band with your wife, daughter and son?

I played with numerous rockbands and showbands but I always returned to my studio for composing. I had some commissions for different clients but mostly I worked as a salesman in music and as a musicteacher (as I still do today). My work with my wife started a long time ago, we played a lot at hotels and restaurants but didn’t find co-creative workway until the end of the 90:s. We just happened to find out that we actually could write together – which was a joy! Our children entered the “scene” when we noticed that they had both maturity and skills on their instruments and that the family-idea was a very nice touch. And of course we love to play together!

2. When I first listened through “Elements” I must admit I was pleasantly surprised. As a keyboard player I like your expression through the instrument and a big 70s and 80s musical influence in your opus. In your music I noticed influences from Vangelis, Renaissance, Yes… Have those musicians left a big mark on you as a musician and composer?

Of course they have. I too listened to these guys and many more, for example Camel, Larry Fast and certainly Genesis with Tony Banks’ very special sound.

3. What can you tell me about the musical and textual concept of the album “Elements”? Is it conceptually different from “Fantasy”?

The two albums are slightly different in how they were made. “Fantasy” has mostly old music with new lyrics that my wife wrote. “Elements” on the other hand is all new music and lyrics that we worked on simultaneously, which was a fulfilling experience for us both.

4. When I first listened through the track “Soulprint” I was left spellbound by the atmosphere and dimension that radiate from it. The song also fit greatly with the beautiful and positive cloudy winter sky so it all gave out this special mood. I truly enjoy it anew every time I listen to it. How did it feel to create this piece?

This piece is all about a painful loss of a loved one and we created it with pain, longing and love. So naturally the track was difficult to write. My wife wrote her love to her mother in the lyrics and I embedded the words with a loving interpretation of who my mother-in-law was when she lived.

5. In the same song I was captivated by an atmospheric, and deeply so, but at the same time epic note, the same as you can find in Marillion’s song “Grendel”, on the early albums of Jean Michel Jarre, and in fantastic songs from the album “Mandylion” of the band The Gathering. Do you think anything special of this song or is it simply an unavoidable part of the whole concept of the “Elements” album?

As I said on the previous question, this song really is special in that regard that we are trying with lots of love to describe one persons life and our loss. That makes it very different from the other songs on the album. However, the other songs have all very special meaning and backgrounds too, and we feel the same special relationship to each one of them. 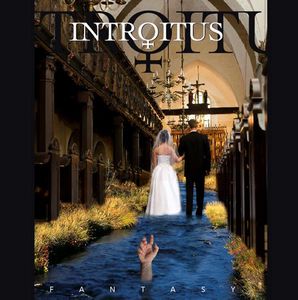 6. Some parts of “Soulprint” fantastically remind on Mike Oldfield, Lana Lane/Erik Norlander while in other moments they evoke the euphony of Blackmore’s Night. Do you think that progressive rock is a universal channel where great ideas are branched through bands and composers?

For us it is not a universal channel, it is only music that we enjoy making and if the result has taken wings to a bigger progressive picture then it’s a happy outcome and we welcome it. Of course we love when people all over the world take our music to their hearts. Initially the songs are from our own hearts.

7. I noticed an ambiental psychedelic note in the instrumentals, the same that was dotting the works of Kraftwerk, Van den Graaf Generator or Tangerine Dream in the 70s. First and foremost my thoughts here are on the instrumental “Earth”. When the song “Like Always” comes after it, at first the eclectic atmosphere transforms from atmospherically psychdelic to the classical atmosphere with a note of evergreen, just to skillfully transform into the atmosphere of pop rock and than prog rock so it can again return to the melancholic psychdelic atmosphere and end it in the likes of Pink Floyd/Roger Waters. Do you agree with me that such masterfull moves mark a musical maturity of a rock composer? Do you think that as a composer and musician one must always push himself to the limits when composing and playing music?

Oah, that was really a nice way to describe “Earth”, thanks!
About the musical maturity – we always follow our hearts when we compose – if that is maturity then I suppose I say “yes”.
To answer your other question I say that every composer and musician must push themselves, I strongly believe that if you don’t you might fall into routine that may hurt your work.

8. The song “Dreamscape” atmospherically reminds of the song “Genesis” from your first album “Fantasy”. What exactly is the song about? My impression is that it talks about searching for oneself and an inner fight with oneself, but somewhere in the lyrics except for a psychological a metaphysical component with a transcedental note arises. Is the song perhaps not only talking about searching for oneself on a physical plan but also on a spiritual one? Is it perhaps talking about a change of perception and a mans spiritual state and the entering into a more hightened spiritual state?

This song is the only song on the album that is all in ones mind and fantasy – and since my wife is the lyrics-composer it is a woman’s spiritual search for peace and an inner fight with mundane demons.

9. Let us stay a bit more on the song “Dreamscape”, more precisely on its lyrical expression; I noticed you used the term “kill the beast”. Is it about a parabola and a more philosophical metaphysical interpretation, like for instance Nietzche’s paradigm: “A man is a camel which must become a lion in order to defeat the dragon and become a child.”, or is it a pure transcedental constatation how we must literally defeat all negativity in ourselves and surpass all obstacles so we could spiritually grow and elevate ourselves above matter?

Anna: I can assure you that Nietzche has no presence in my lyrics. I wrote it more like a sequel to “Ghost”, with a description of how life sometimes may feel when you’re stuck and don’t know how to break free or move on. The “beast” is the mundane demon that I talked about in the previous answer.

We both can answer this: they all are! Each one of them is our baby, and we are equally proud of them. We could never single out one as better because they all have very different meaning and character – just as a child.

11. What do you think about the modern prog rock and prog metal scene?

There’s a lot of really great music out there and so accessible for the whole world. The difficulty today is that we all need to be seen on stage but there are not many stages for bands like ours. It’s easy enough to show our music through internet but ultimately we need the livestage to be able to really also SELL our music.

12. Do you think that prog rock is a music that is gradually returning to the worlds mainstream scene?

To be honest, no… we don’t think so. This music has never been mainstream and we don’t see why it would be any different today. However, through Internet we believe that the music today is more global and that is truly a nice development.

13. What are your plans for the future?

A third album is planned for! We only need the time to sit down and write… which sometimes isn’t to easy… But the album will come soon! And of course we want to play live as much as we possible can.

14. Any message for the fans of your music?

THANKS!!! We really appreciate your support!! And we want to meet you out there!
Love ya! /Mats and Anna, Introitus